Open menu
Fermeture
Thank you for your loyalty !
The museum is open every day.
(Cliquez sur le bandeau pour fermer)

1914, declaration of war. Alsace was integrated into the German Empire since 1871. French troops will largely cross the Vosges ridges and invade Germany. Soon, the front will stabilize on the eastern (German) slope of the massif which will shelter the only mountain battlefields of the
Franco-German front.
French troops are therefore on this only place of the Franco-German front in position of invader since they will fight in enemy territory, which will add an additional handicap to the already very harsh conditions of the fighting in the mountains.
Of the many sites that have suffered this furious mountain fighting, few are those that will be preserved at the end of the conflict:  Lingekopf, Hartmannswillerkopf and Tête des faux
The classified site that is visible today at Linge represents only a small part of this battlefield that stretched over 2300 meters from the crest of Lingekopf to the summits of Schratzmaennele, Barrenkopf and Kleinkopf, some remains of which still emerge here and there outside the preserved site. 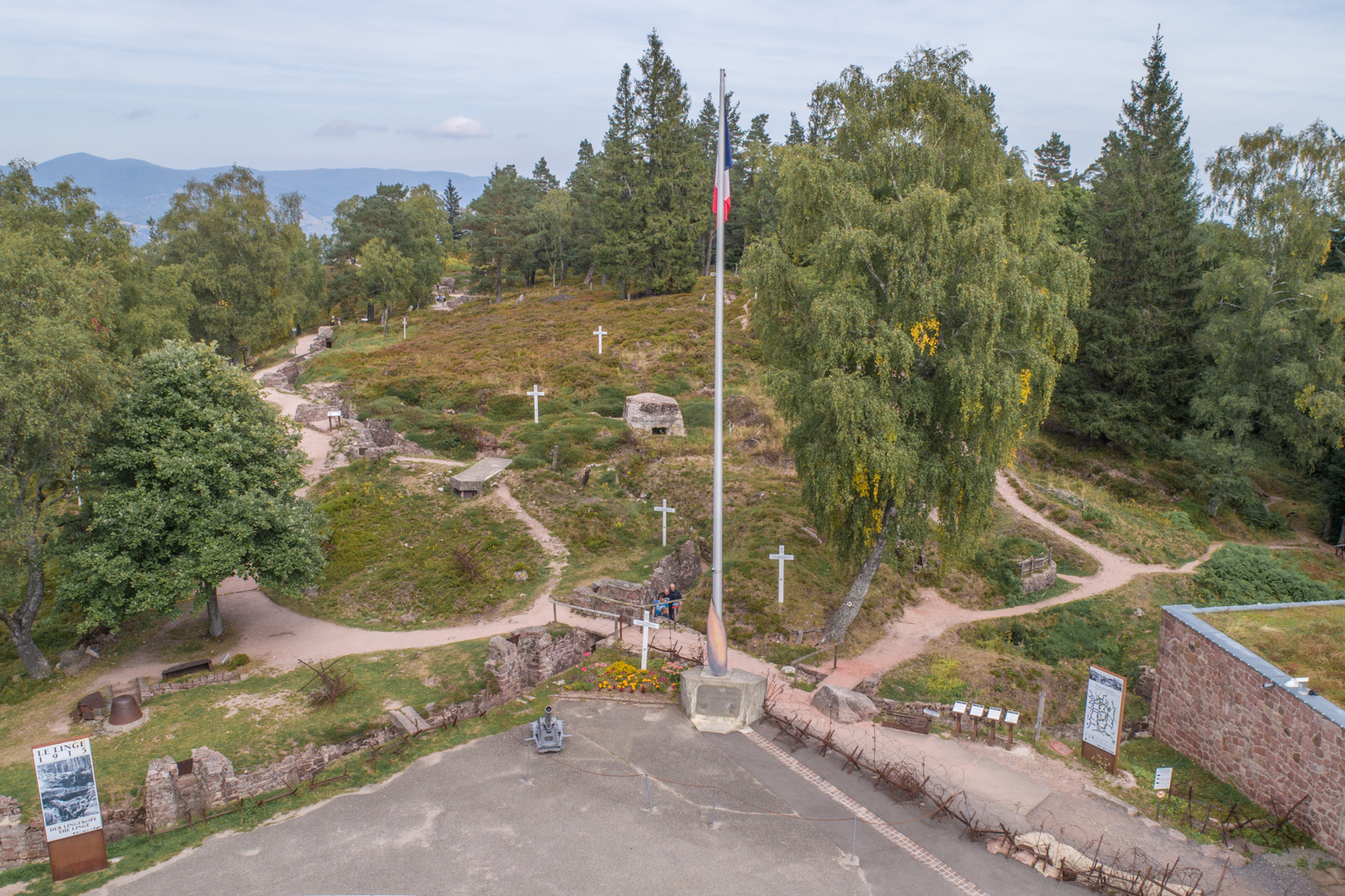 This secondary ridge will thus almost by chance take on strategic importance after the stabilization of the front in September 1914, giving the Germans who held it an impregnable view on the French rear, Munster valley and Orbey valley. From a peaceful place, without history and virgin of any construction, it will become a position of defense hardly prepared by the German units. Its state of conservation still allows to measure the extreme complexity of the impossible mission entrusted to the Alpine Hunters to overcome this almost impregnable obstacle.